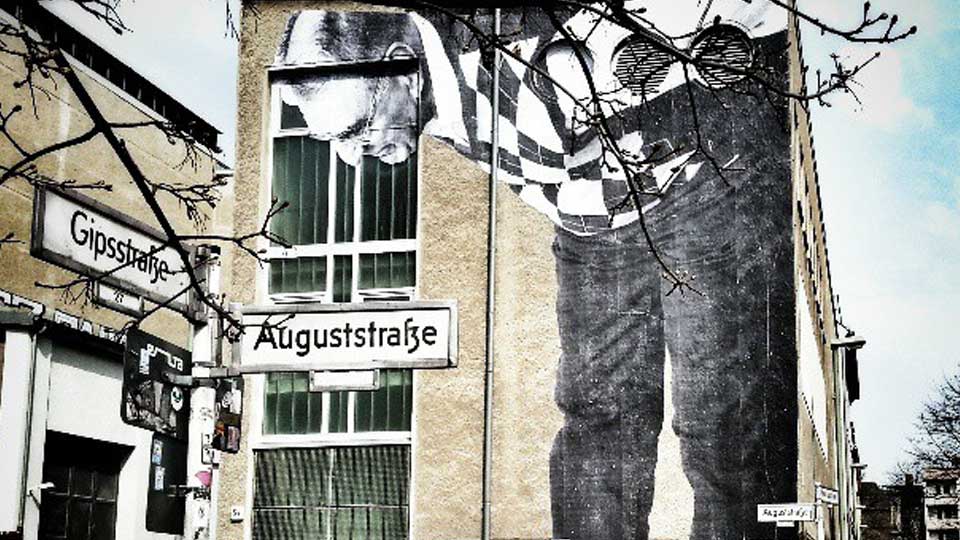 Portraits of a City – The Streetart of JR

JR, as a street artist, ventures into the infamous suburbs and slums of the world, places where not even the police dare to go. At the age of 30, the French photographer, activist, and public-art artist counts as one of the top street artists of the world. The houses and walls of our planet are his canvas, and his gallery is everywhere under the open sky.

The French street artist transformed New York’s Times Square as part of his stunning project, “Inside Out”. JR did something no artist before had ever managed: he covered the entire terrain of Times Square with his photographs – the installation is, to date, the high point of his international project, “Inside Out”. About 153,000 people have participated in it so far, from Hong Kong to Tunisia, from Bethlehem to Texas. On Times Square, the faces of thousands of pedestrians populated the center of Manhattan: a photo gallery of spontaneous portraits spanning the entire street. A happening exuding warmth amidst the stone desert of Manhattan.

With the same impulsive inquisitiveness, JR then explored the passage of time in his next project, the epic piece entitled “Wrinkles of the City”. On the roofs and walls of the German capital he told the story of Berlin – in 20 monumental, moving portraits of elderly inhabitants of the city: housewives and businesspeople, dancers and diplomats. The interior of the building seemed to turn towards the outside, and the individual walls started revealing their own, personal Berlin stories.

The documentary reveals the remarkable momentum behind the creative production of the artist, who 13 years ago was just one of countless anonymous graffiti artists. Today, he is famous around the world. JR’s art always plays with the margins of legality, the political power of simple portraiture, and the fearless drive to overcome inner-hurdles.

JR’s large-than-life portraits populate the walls of the world, and the street artist interacts impressively with townscapes. In New York, with great joie de vivre he even managed to eclipse the billboards and advertisements of Times Square.

JR creates intuitive, emotional art that connects people. And for that, he is celebrated and acclaimed.